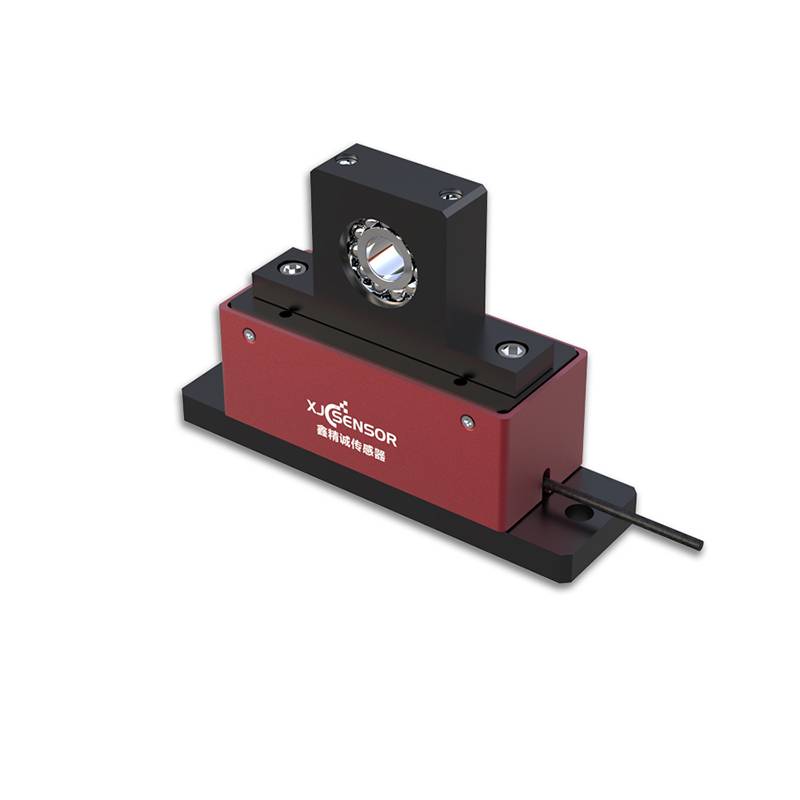 Convenient to replace and install the bearing and tension roller;

Drilling and tapping according to customer requirements;

XJC-ZL09 eries flange tension sensor installed in pairs at the ends of the measuring roll，can accurately detect the resultant force generated by the package angle which pulling the material, This series is designed to install the bearing seat on the sensor. This installation method is convenient for the replacement and installation of the bearing seat and the tension roller. resistance strain principle, it has the characteristics of accurate and stable signal, compact structure and small force deformation. Each sensor has undergone high and low temperature verification to ensure product performance.

Note: The rated load value is for a single sensor, if the two sides are installed, it is twice the above value.

With the accelerating development of industrial automation, there are more and more demands for force sensors, with smaller and smaller dimensions and higher precision.

A sensor is a general term for a device or device that can be measured and converted into a usable output signal according to a certain rule. It is usually composed of sensitive components and conversion components. When the output of the sensor is a specified standard signal, it is called a transmitter.

The function of the sensor is to convert various non-electricity into a device that outputs electricity according to a certain rule, so as to analyze and process it and adjust the working state of the controlled device. Most advanced sensors are combined with a microprocessor to form a self-control device.

In fact, most of the sensors used on construction machinery nowadays are also such devices.

Sensors are not only used in industrial automatic control, working environment and parameter measurement of working media, but also the combination of sensor technology and computer technology to form a miniature multi-function and intelligent sensor, which makes it easier to popularize the state control of mobile machinery and equipment Therefore, a large number of sensor technologies are used in automobiles, construction machinery and other equipment to improve the technical performance of these equipment.

Write your message here and send it to us